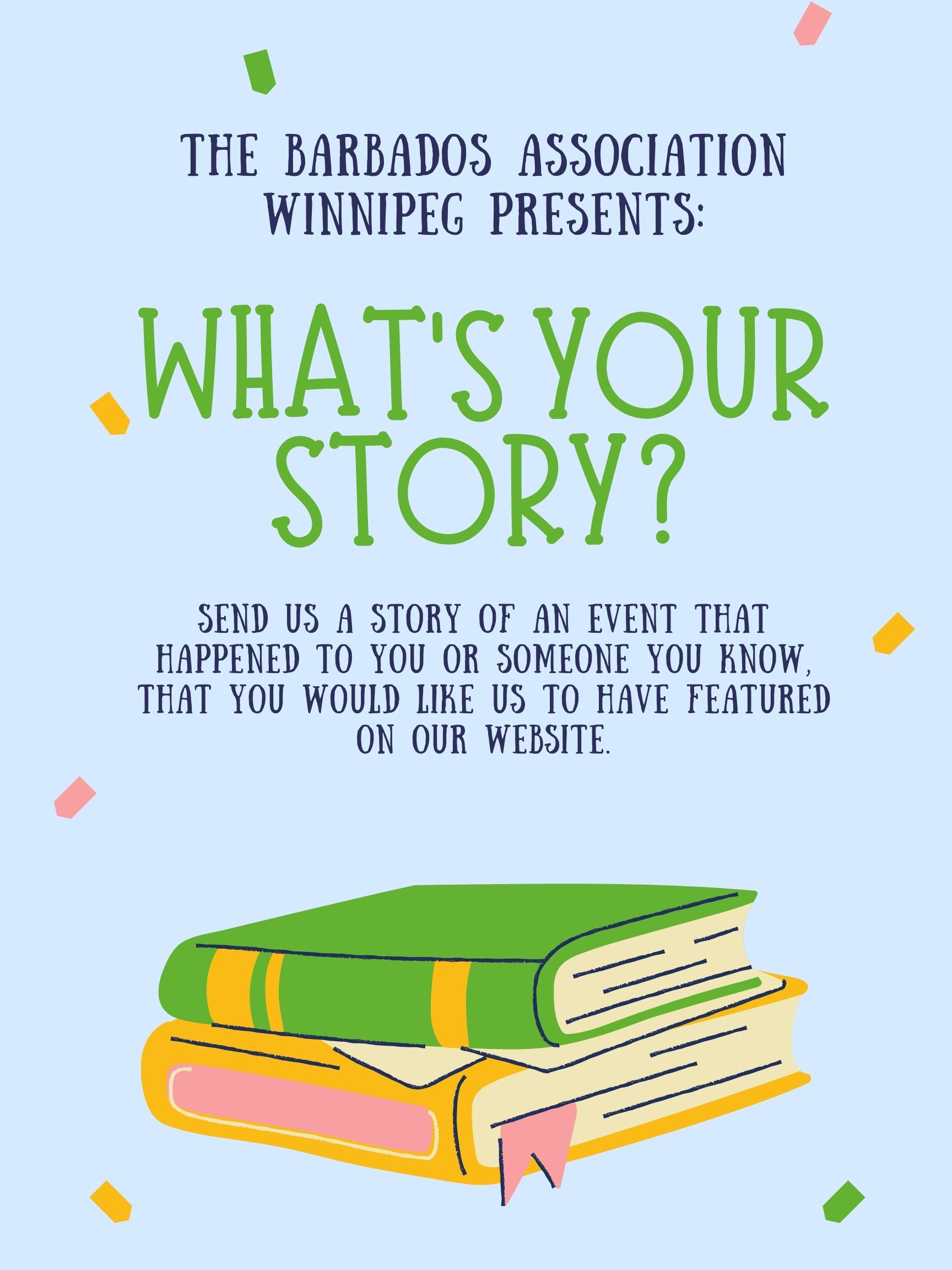 Please Use This Form To Send Us Your Story

Hello, my name is Carolyn Koroma and I am a black Canadian born in Winnipeg.

Through this story, I will be sharing my Barbadian roots. My great grandfather was named Beresford Husbands, was born in 1873 in Barbados, and died in 1968 at the age of 95. He was first employed with the Halifax Merchant, following that he later emerged as a sizable real estate owner and importer of fruits and vegetables.

My grandfather Mr. Husbands also worked with the civil service in world war two (2) and as a result, received the order of the British Empire from King George VI.

Being a leader in the civil rights movement for several years, Mr. Husbands broke the colour bar enabling Black women to be admitted as student nurses into Halifax’s training hospitals. Not only that, but he also pushed for the hiring of Black people into the police and fire departments of Halifax.

He further led the fight for equality in education and vocational opportunities. His efforts through the league gained the attention of the first labour minister of Great Britain, the Right Honourable Ramsay McDonald, former US president John F Kennedy, Eleanor Roosevelt, and Pope John XXIII.

Mr. Husbands was intensely involved in the work of the Halifax Coloured Citizens Improvement League, where for 36 years he organized the league, and for 32 years he served as president.

Some of his accomplishments include being instrumental in the removal of little Black Sambo a grade 2 reader ridiculing Black children, organizing annual picnics, Xmas parties, working with the Bantam Hockey League for underprivileged families, and using his own money he often found homes and employment for new West Indian immigrants.

Mr. Husbands was married to Iris Lucas and together they had four daughters and four sons. He was honoured for his substantial contributions to the community over the years. His grandson established an award ceremony in his honor. It was said that “he was a Martin Luther King Jr before there was Martin Luther King Jr.” This is just a sample of his many accomplishments for further info contact Carolynkoroma535@gmail.com.

The Ocean’s Edge by Antoinette Zloty

When I was a little girl growing up on the Island of Barbados, I used to enjoy the warmth of the sun more than you could imagine. The island of Barbados is quite small and because we lived relatively close to the shore, you could see the Caribbean Sea on one side, and on the other, which could not be seen from our home, is the Atlantic Ocean.

My ancestors preferred to live inland, therefore; my family’s land was far enough from the sea but still within walking distance.

Besides seeing the waves gently caressing the shores time and time again, untiring in their repeated movements toward the shore, I also loved seeing fruit trees turn their blossoms into delicious mangoes and other delicious foods. Some trees bore very sour fruit, but we ate the fruit anyway with twisted faces and pleasure none the least.

Why we still ate the sour fruit, I would often wonder. My mother would not want us to have any of the sour fruits for fear that sour foods would cause us to have tummy aches. Kids will be kids, so sour or not, gooseberries were still one of our dietary choices. I salivate now, just remembering the sour taste.

Another thing I enjoyed as a child was seeing ships way off in the far distance. At times a ship may seem to not be moving at all. I would look away for a moment and look back and yes indeed it would have moved.

The view from our house was so much better when the ripe crop of sugarcane which grew across the road my view was felled by men waving sharp knives or axes and taken away on the backs of big trucks we called lorries.

I would stand and watch what appeared to be a tiny ship off in the distance, watching it sail until something else blocked my view and I could see it no longer.

The horizon also became clearer during the sugarcane harvesting season where I could see the clouds laying so low off in the distance. It seemed like all you needed to do was go out past the ships to climb upon a cloud.

Our imaginations took us to places we could not go. We see things that are large and powerful up close but when we are far away they are so very tiny. Those huge ships looked so tiny at the time and so intriguing that they made a lasting impression on me. Several years later, they took me to a creative place where I wrote a short story called “Desmond” about a Captain of a ship, an imaginary ship, sailing in the minds of two small children.

The first sound I heard following a long sleep, after arriving in Winnipeg on November 24th, 1968, was morning traffic on Portage Avenue, in Winnipeg, Manitoba. The sound that was foreign to me. My parents rented a hotel suite across from the Hudson’s Bay store on Portage Avenue. They had immigrated from Barbados before us, their kids, to find employment and  a home to prepare for our arrival in Manitoba. Later that day, I was trying on winter clothing and was told that I would appreciate them a lot more when the weather was much colder. I had just become a teenager. I felt more prepared for and ready to embrace change, but was I ?

Before leaving for Canada, we were told by people in our community of Vauxhall, Christ Church, Barbados, that Canadians walk outdoors very quickly because they would freeze if they didn’t. We were told the pace of life was fast, like the movement of people on the streets due to the cold weather. I imagined Manitoba as miles and miles of snow and that the house we would live in would be located in the middle of nowhere.

Later on, I would discover that Manitobans, whose ancestors immigrated to Canada several generations before us, would ask  “How could you leave that warm country to live here in Manitoba? I sometimes replied, “I came to be reunited with my parents which is much more important to me than warm weather.” Back then, as an immigrant teenager, my reasons for being in Manitoba had nothing to do with the province and country. Back then, my parents made those decisions for us. As a teenager, even though I was leaving my friends and family behind in Barbados, my life was ahead of me.I was looking forward to our move to Canada, a place I have grown to love.

After our night’s stay in the hotel on November 24th, 1968 and our winter apparel shopping trip to Hudson’s Bay, we headed to Brandon, Manitoba. The ride in our 1968 Buick was smooth. It later became a welcomed sight on cold winter days when we were picked up from school by our dad. Then when our brother learned to drive, sometimes we would get a ride home with him. The fields stretched for miles. As we made our way to Brandon, I looked for road curves, hills, trees, anything that seemed different. The road stretched forth with nothing blocking the endless sky.

My brother and two sisters were busy trying to spot patches of snow as the car zoomed along the highway, advancing to our destination. On this day, 25th November, 1968, we were excited to be spotting snow patches along the way.  Before, snow was something we saw on Christmas cards. The air was cold but not oppressive. It was fresh and crisp!

On arrival in Brandon, we stepped out of the car from the long ride. Then we were entering our aunt Doreen and Uncle Grant’s home which was the first place we visited. My uncle had encouraged mom and dad to immigrate to Canada. We felt welcomed as my youngest sister stayed close to our mom’s side. I remember having grapes on that visit. They were delicious and different from sea grapes we were used to back on our island, Barbados. A lot of new experiences were ahead for us and we were ready.

The British government invited commonwealth people to come and work. My experience, being one of these in the mid-1960 was one of  ” invited but not welcomed”. Most Caribbean islands seriously under-developed by Britain were in crisis with high levels of unemployment.

These were mainly from Jamaica and Trinidad. Immigrants worked in areas of great labour shortages and settled in areas of cheaper housing such as London and Birmingham where they experienced frequent racial discrimination and violence.

Landlords refused to rent rooms to blacks, and colour bars operated in some workplaces. I personally experienced these things. Some landlords went as far as posting notices on their properties that read “No Blacks, No Dogs, No Irish”; Of course, if an Irishman didn’t talk they might open the door to him, but a black person can be seen from afar.

The Barbados Government established a sponsored workers scheme and appointed an officer in London to help find work for Bajans in the UK. Due to the perception that the population pressure was too great in Barbados between 1955-and 1966, more than 27000 Barbadians migrated to England.