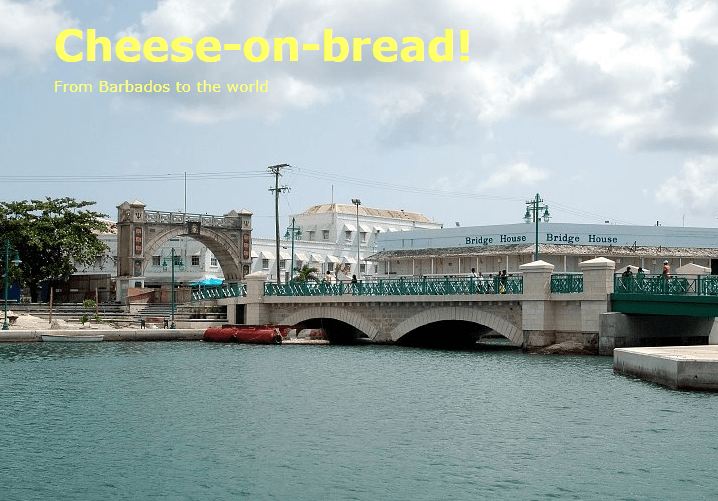 The National Flag of Barbados is composed of three vertical panels – the outer panels of ultramarine and the centre panel of gold. A broken trident in black is the centre of the flag. The British standard colour code numbers for the colours of the flag are as follows – Ultramarine — BCC148, Gold –BS0/002. The flag is designed in the proportion 3:2. The description of the flag – Blue for the sea and sky of Barbados; Gold for the sand of its beaches.

The symbol in the centre panel is the Trident of the Mythical sea god Neptune. This symbol appears in the Seal of the colony which was replaced by the Barbados Coat of Arms. The shaft of the Trident is broken indicating Barbados’ break with its historical and constitutional ties as a former colony.

The National Flag was designed by Mr. Grantley W. Prescod (left). His design was chosen from 1,029 entries in an open competition organised by the Government of Barbados. Mr. Prescod was awarded a Gold Medal, an inscribed scroll from the government and $500 which was donated by the Advocate Company Limited. The judges of the competition were Mr. Bruce St. John, Chairman, Major Leonard Banfield, Mr. Maurice Cave, Mr. Neville Connell, Mrs. Enid Lynch and Mrs. B. Ward.

Mr. Prescod attended St. Barnabas Boys School. He taught before undertaking a one year course at the West of England College of Art for Specialist Teachers of Art in 1962-63. He also attained a certificate in Education from Bristol University. Between 19670-72 he studied fro the Master of Education degree majoring in Art Education at Temple University, Philadelphia, U.S.A.

Mr. Prescod has taught at the Parkinson Secondary School. He served as an Education Officer from September 1977 until he retired in February 1987.